of Commitment following the signing in Goondiwindi yesterday

The Australian Rail Track Corporation has signed a Statement of Commitment with the Bigambul people of Southern Queensland.

Initiated by the Bigambul people, the Statement of Commitment reflects the intent of both parties to work together to support the preservation of Bigambul cultural heritage on the Inland Rail alignment as the project progresses through their traditional lands.

“This is about Traditional Owner economic empowerment and giving a voice to our young people so that they become part of the future solutions for the Bigambul nation,” Mr Saunders said.

“We are hoping to build on the existing strengths in our community and build our economic aspirations for the future.

“Our agreement with Inland Rail will help us to foster a greater connection to country for the Bigambul People. We are seeking to create a positive environment for our people through the preservation of our country and traditions while also embracing the future and what that may bring.”

ARTC Inland Rail director of engagement, environment and property Rebecca Pickering said the Statement of Commitment will support the social, economic and health aspirations of the Bigambul People.

“We have consulted with the Bigambul People to identify ways they can capitalise on opportunities from Inland Rail to create social and economic change in their communities,” Ms Pickering said.

“Primarily they are seeking to create pathways to support longer term opportunities for the Bigambul People,” she said.

“There is a shared excitement between ARTC and the Bigambul people that these opportunities can be created through targeted workforce and business development focussing on real job outcomes.

“The Statement of Commitment is a significant step as the Bigambul people are recognised Traditional Owners with a Native Title determination giving them established rights in law over their lands to enter an agreement on how we protect their heritage.”

One of the first tangible outcomes from the Statement of Commitment is the Bigambul Youth Summit.

“The summit addresses a number of issues important to culture and the social and economic aspirations of our young people as the emerging and future leaders of our nation,” Mr Saunders said.

“The contribution from ARTC allows us to take another step on building a future for our people on our traditional lands.”

The summit involved Bigambul people between 18 and 30-years-old and is being held on Bigambul country at Goondiwindi this week. 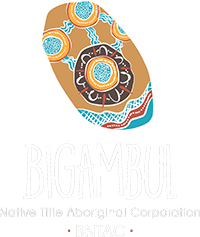